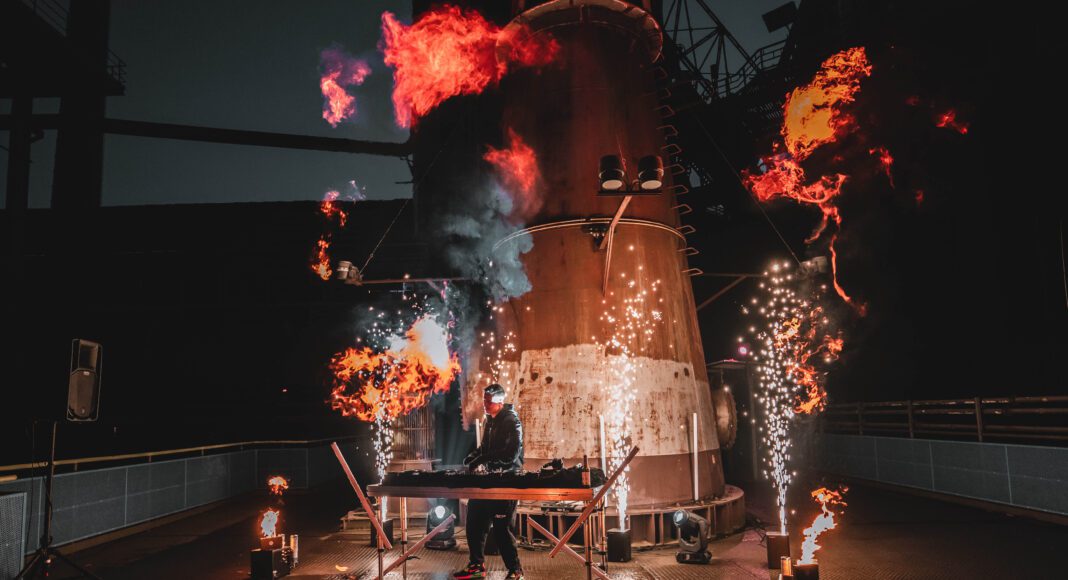 The balance of 9 months of online events: Traffic, goodwill, and learnings, but no income (yet)

december 24, 2020
Home » Features » The balance of 9 months of online events: Traffic, goodwill, and learnings, but no income (yet)

Since the COVID-19 outbreak, physical events have given way to musical streams through online channels. We have been watching DJ sets at beautiful (virtual) locations and quizzes via our screens for 9 months, live or pre-recorded. But does streaming also benefit the organizers? What worked and what didn’t? Guest editor Sebastiaan Gaastra took stock for TIOH with a few leading players from the streaming world: DJ Mag, 1001Tracklists, EXC Events, and Q-dance.

From DJs in their living rooms to streaming from exotic locations and complete virtual festivals. In the eventful year 2020, it all passed on your screen.

The events are at a standstill and an alternative must therefore be found. In these times it is important to keep in touch with your audience and doing nothing as an organizer is not an option. This sometimes proved to be a major challenge for some parties.

For DJ Mag, it was important to give a platform to the DJs to reach their audiences during the Top 100 DJ their voting period, says Simon Kelly – DJ Mag’s Head of Digital & Partnerships.

“In the weekend we ran an online event for 10 weeks in total. That was a total of 95 unique sets, it was a huge challenge. Our team and the artists involved really pulled together to produce something very special, which has now been viewed more than 8.3 million times”.

EXC Events is a German event concept developer. They produce trailers and after movies for these events. But since the corona crisis, EXC Events has also been making live sets. They have done this with DJs such as Blasterjaxx and Sick Individuals.

“It was a new experience for the team. Luckily we made good decisions, such as the location and the camera settings.”, says Marek Gerlach from EXC Events.

Yet things also went wrong. “The microphone did not work once, and we forgot to place a timer for the DJ. The biggest problem has been GEMA, we could not upload all videos as planned. This was because some of our tracks were muted.” GEMA is the German version of Buma/Stemra in the Netherlands, which is advocacy for music copyright.

DJ-tracklist-database 1001Tracklists has held 3 editions of the ‘1001Tracklists Virtual Festival’, with more than 120 artists. They often had problems with the internet connection, both the streaming party and the user. They also found it difficult to schedule all DJ sets, especially to find a balance in this.

Jacob Merlin, Chief Marketing Officer of 1001Tracklists: “It was difficult to schedule the right time for each artist to suit their audience. We work with artists all over the world, so it was difficult to always take this into account.”

For Q-Dance it was important to convey a clear message, namely ‘The Show Must Go On‘. “Our intention was to make a real connection with our visitors, despite the current situation. We seem to have succeeded”, says Steffie from Q-dance.

DJ Mag is very satisfied with the many published live sets. It has not diminished the importance of the voting period. About this fact Simon Kelly says: “The sets were the key driving factor behind the fact that we received almost 1.3 million votes in this year’s poll, almost equaling the previous record. That feels like an incredible achievement, it demonstrates how passionate dance music fans are all around the world”.

EXC Events aimed to find the perfect mix of music, DJ, and panoramic view for their videos. “This has always been achieved because we made a strict plan and everyone kept to it.” Furthermore, EXC Events did not want to make money directly from this. They have made a donation link and they have supported various projects with this, such as homeless people in the area of ​​the German city of Essen.

Community is essential for 1001Tracklists; they want to bring the artist and the fans closer together. They have tried to have as many artists as possible in the live chat during a DJ set. Since they have never held these events before, there were no specific targets in terms of ratings.

The ratings were very high in March and April as the digital sets were a fairly new revival. Unfortunately, in further editions of the Virtual Festival, it dropped. According to 1001Tracklists, this is because they don’t have the reach of some major other platforms like Insomniac.

Q-dance has worked well for their objective ‘The Show Must Go On’. As we often see from Q-dance, they also made spectacular fireworks show for this. According to Q-dance, this is simply part of Defqon.1.

“Q-dance is known for its marvelous and spectacular end shows that create a real experience. Therefore, we wanted to express this as well as possible via a live stream.”

It is hard to receive direct feedback online

The difference between physical events

The fact that there is no audience at the live streams, makes a big difference with a physical event. This makes it very difficult for the organizers, says DJ Mag: “The audience is a massive contributor to the product, they create the atmosphere, and the artists feed off of this.”

EXC Events shares this view: “It is hard to receive direct feedback online, because the platforms are not perfect, especially for DJ sets.” The company has therefore decided to outsource more to production so that people will share it with others.

On the other hand, online sets can have something personal. The streams often show the artist’s home or a place where they like to be. “We worked very hard to make the sets unique, what you can see at David Guetta who is playing at his own house. It has a certain charm too!”, says Simon Kelly.

Are the streams profitable?

In this setting, 1001Tracklists was capable to access many different types of artists, which would never have been possible with a physical event. “We have worked with people all over the world, which normally only matters to us during the Amsterdam Dance Event. We have made a separate series about this, ‘Club 1001’”.

The various organizers indicated that the live streams paid off. Not necessarily in the currency of money, but mainly in reach and growth in social media. For example, DJ Mag indicates that their YouTube subscribers have increased by 99 percent and their views by 28 percent. For EXC Events it was less profitable as they cannot post the streams on Facebook due to the stricter copyright rules.

We did everything ourselves, without advertising or sponsorship

They also indicated that there was no revenue from the streams, it mainly resulted in new reach. 1001Tracklists also received no proceeds: “We did everything ourselves, without advertising or sponsorship. We did not pay the artists either. It is very difficult to charge money for it and then also pay the artists. You have to create a very good online festival, which is very difficult”.

Q-dance is considering making the live streams profitable in the future, it also applies to them that it does not yield anything now. “Of course there are ways to add all kinds of specifications to a live stream to make it profitable. We will possibly be able to look at this in the future.”

DJ Mag talked to several companies about Virtual Reality (VR). They are willing to apply VR in future projects. They are impressed by Sensorium Galaxy and Tomorrowland’s Virtual Festival (image above). Not only in terms of production but also the Pay-per-view buys that have been achieved.

EXC Events is not that affectionate about VR, they want to make it accessible to everyone, using their way, such as a unique location combined with beautiful images. 1001Tracklists also shares this opinion: “Of course VR has a lot to offer, but nothing beats physical contact with each other”, says Jacob Merlin.

“To involve people more in your online event, VIP tickets could be sold, allowing them to control fireworks and lights from the stage, for example”. Furthermore, Jacob finds it especially important that you interact with your viewers and create an original stream, something like James Hype does in his streams on YouTube.

In terms of gaming, DJ Mag has introduced a new game page in their magazine, they have created multiple music / gaming content for their channels and are currently working with partners in the gaming world.

The rest of the parties say that they still think gaming is a fairly new world, except for 1001Tracklists. They recently held a major festival in Minecraft about the Top 101 Producers that 1001Tracklists releases every year. They indicated that this was organized as a real festival.

The return of physical events and the future of streaming

Finally, TIOH has asked the parties whether they will still organize these online events, even if physical events are possible again. DJ Mag has been producing a weekly studio broadcast from DJ Mag HQ since 2013 and indicated that they would continue to do so. They involve unique locations such as Toronto’s CN Tower. They did express their hope that physical events will return as soon as possible.

EXC Events also continues to produce live sets. They indicated that they have a new project in collaboration with the club ‘Bootshaus’ in Germany. This project takes place in November and February with a big DJ. They have more projects planned later in 2021.

1001Tracklists will end with the Virtual Festival in the near future. “We made enough streams, it was a lot of work for our team, we are only with 2 people and one person who took care of it.” Since 1001Tracklists already put DJ sets online several times before the corona period, they want to keep doing this. These sets consisted of audio-only, but in the future, they want to ask DJs to also add imagery. They expect to publish 1 to 2 sets per week.

Q-dance does not yet know how the future will turn out. “We are still brainstorming about this ourselves. At all times we try to let the visitors experience the feeling they are used to from us. Whether this is in an online environment or via a festival.”